Shinjūrō Yūki, a young man in postwar Tokyo who calls himself a detective and solves various cases. Shinjūrō has quick reflexes and extraordinary deductive powers, which earn him due respect from the Joint Coordinating Department and the police.

Shinjūrō appears as a young man in his mid-twenties. He has a long face and his facial features are sharp. His eyes are bright blue. He has middle-long, black hair that is sided to the left. One bang hangs between his eyes. He is slim and quite tall.

Shinjuro often wears a black and red polo, covered with an unzipped, grey and beige vest. His polo has a red leaf pattern on the left side. Shinjūrō wears regular black pants.

Shinjūrō is often stoic and takes his investigating seriously. While he tends to be rude and easily annoyed, he does show a kind side to anyone he meets, and will make odd deals to help friends or acquaintances. He's very intelligent and analytical, being useful for him to collect any important information for his investigations. Episode 8 shows him to be a community leader, though a behind-the-scenes one. However, his brooding angry side does get the better of him at times, as does his war trauma.

Shinjūrō's past isn't fully clear. He claims to have been in the terrorist war, or even away during the war, and does not know some current events/trends/people. However, in the prequel movie, it was revealed that he lost his family as a child. Although, he lost his family, he grew up surrounded and being cared for by numerous people and they always told him that he should help people once he grows up.

Shinjūrō used to be on his middle and high school swim team and did pretty well in swimming competitions but he soon realised that it was beyond his capabilities to win a gold medal, therefore, he decided to quit swimming. He also felt as if he did not help anyone by swimming. His immense desire to help people eventually led him to leave his hometown and travel in order to inspire hope during the war by showing people movies. Despite his intentions, his plan didn't work out so well and he eventually ran out of money. This led him to sell his film rolls at a flea market. One day, he was approached by a Japanese volunteer group called "Singing on the Battlefield" while he was selling his films. They wanted to rent his car and also have him drive them around as he was Japanese, like them, and he had lived there long enough to be considered a "local". One day after driving the group around for a while, the whole group had to drive through an area wherein the battle against anti-government rebel troops were intensified. As Shinjūrō and the others were driving through that area, missiles were being fired at them. Shinjūrō's attempts to swerve and avoid the missiles being fired at them eventually caused their car to crash inside a cave. Once Shinjūrō and the others came to, Shinjūrō immediately ushered everyone out of the car before it detonated. Despite getting everyone out of the car in time, he did not make it and as a result he took most of the brunt of the explosion and died. However, it was then revealed that he was stabbed through the neck by a rock and bled out, in which his blood revived Inga, who in turn revived him from the brink of death.

He has keen insight on mysteries - in particular, cases of murder. Prior to the beginning of the series, he made a deal with Inga: as long as Inga does not kill any more people, Shinjūrō will give him/her souls to eat.

At a certain point in the past, Shinjūrō started his work as a public detective. Because he always criticized Rinroku Kaishō's deductions and those deductions allegedly turned out right, the newspapers began calling him "The Defeated Detective".

Murder at the Ball

Shinjūrō and Inga are first seen getting in the same elevator as Rie Kaishō and Izumi Koyama.They all have been invited to a ballroom event, which is held by Shinjitsu Kanō, a corporate president who is held under suspicion for arrest. Rie acts as the proxy of her father, the chairman of the JJ systems, Rinroku Kaishō. During the event, Kanō is mysteriously killed by a knife stabbed on his back. Outside the ballroom,a female SPF agent is shot dead. However with the detectives help, along with the abilities of his assistant Inga, they soon discover the culprit to be Kanō's wife.It is stated that she only wanted her husband to die a hero than dying behind bars.

A wealthy woman named Hisako Osada was found dead in a suitcase which was delivered to her home. While the police believe that the suspect is her lover, her daughter An believes that it is someone else. She seeks for the detective's help. The detective then strart investigating and lands to an idol group that Osada used to manage. The name of this Idol group is Yonagahime 3+1, because one of their members, Eri, died in a terrorists' attack before their debut. Shinjuro then meets up with the old members and uses Inga's power and finds out that Eri was not real. Eri was created by Osada just for the sake of the Idol group's popularity. After Shinjuro analyzes the voice of Eri, he then deduces that An is Eri. It is said that Eri was not allowed to live her dreams as a singer by her mother because of her vocals used by Eri. Eri says that nothing has changed since her mother had died and she still cannot be a singer, until she hears her songs playing on the loud speakers of the city.

Rei calls Shinjuurou and Inga to accept a request from Mitsuko Sasa, whose adopted brother Kazamori caught on fire and died, allegedly related to a curse from her father, Komamori,who died in a similar manner seven years ago. Inga uses her powers to reveal that Kazamori was not human. Shinjuuro prompts Kazamori to show "himself", revealing that "he" is actually a computer program.

Kazamori is revealed to be an R.A.I., one of the last created by Komamori before they were outlawed. As Kazamori is accused of killing the corpse that was assumed to be him, Shinjuurou and Inga download Kazamori into a panda toy before he is taken into custody. After discovering that the corpse was Dr. Taku, and that the Dr. Taku who was injured was a robot puppet, Shinjuurou and others soon discover the culprit is Komamori. He'd faked his death using the body of the real Dr. Taku so that his R.A.I. wouldn't be used by the JSDF. After Komamori is arrested by Izumi, Kazamori moves her consciousness to her main body.

At the unveiling of a statue created in memory of three youths who sacrificed themselves to dispose of a bomb in a press conference, two people who were snuck in to try and unveil a purported scam behind the story are found murdered inside the statue. Shinjuurou initially suspects the statue's commissioner, Hakuro Shimada, as the murderer, but Inga's question proves his innocence. After a brief depression and a pep talk from Kazamori, Shinjuurou deduces the culprit to be the statue's creator, Youko, who killed the men before they were transported, before later revealing the location of gold bricks that Hakuro had hidden.

The Code Too Simple

Shinjuurou is approached by Yajima, an old friend of Rinroku, who found a piece of manuscript in a book given to him by an inmate while he was in prison. After discovering Yajima's wife Takiko's fingerprints on the paper, Shinjuurou informs Rie, who investigates how the book relates to Rinroku. Shinjuurou later hears from Yajima about how his children disappeared and his wife went blind, allegedly having an affair with Rinroku. Shinjuurou looks at all the books Rinroku bought from the Yajima family, finding more hidden codes which are revealed to be from Yajima's children. As it turns out, Rinroku had helped the children and placed them in child care to avoid Takiko's neglect, and they are soon reunited with Yajima. Afterward, Shinjuurou confronts the prisoner who gave Yajima the book, learning something shocking.

As the prisoner explains how he is 'a novelist who writes in reality', a strange being accompanying him traps Shinjuurou in a vision where he is a cameraman shooting a film about a war that never happened. As Shinjuurou becomes curious about whether the director is involved with one of the actresses, he gets the nagging feeling that there's a mystery to be solved. As Shinjuurou loses grip on this reality, he discovers the director has been killed and believes himself to be the culprit.

The King of Paradise

After determining that Shinjuurou had been imprisoned, Rie accompanies Izumi to the prison, where they are both put under the novelist's spell and become characters in his 'novel' alongside Shinjuurou. As Inga determines this is the work of a deity known as Bettenou, Kazamori manages to make use of a pair of taser handcuffs to snap Shinjuurou back to reality. Shinjuurou investigates into the real murder, determining the culprit to be one of the 'actresses', who killed the 'director', who was actually a security guard trying to help her escape, because she believed she was being cut from the movie. Meanwhile, Inga gets the truth out of the novelist while Bettenou disappears.

As Shinjuurou wonders where Bettenou has disappeared to, a hacking group known as Full Circle is spreading leaks of Rinroku's company and lifestyle. As Rinroku makes an appearance on television show along with various people from rival companies, an explosion occurs when he exits the room, hospitalizing everyone including Rinroku, while another Rinroku appears at Rie's house. As Rie asks Shinjuurou to prove Rinroku's innocence the next day, Inga comes face to face with Bettenou. After Shinjuurou hears about the second Rinroku from Rie, he deduces that this is the work of Bettenou and believes Rinroku to be the one using her. He gets help from a rookie Diet member to have the hospitalized Rinroku provide a testimony on the leaks.

As Rinroku is interviewed via a live video feed, Shinjuurou has Rie tell everyone about the Rinroku that appeared in her home at the time of the explosion. To Shinjuurou's surprise, Inga is called in as a witness to question Izumi, forcing her to reveal secrets about Rinroku's involvement in illegal software used prior to the war. As the hospitalized Rinroku is discharged, he is killed in a car explosion. After speaking with Rie, Shinjuurou suspects something is amiss and manages to learn more about Bettenou from the novelist, further founding his theory that Rinroku used Bettenou's power to fake his death.

Shinjuurou, along with Rie, Izumi and some others, receive strange invitations supposedly sent by Rinroku. They are brought together at a table where they are presented with weapons, Shinjuurou believes that the imposter Rinroku was the one who appeared at Rie's home, deducing that the Diet member and Rinroku's bodyguard caused the explosion. It is at this point that Rinroku himself seemingly appears with Inga, only for Shinjuurou to deduce that he is actually Izumi's assistant, Hayami Seigen, using Bettenou's power, with the real Rinroku having disguised himself amongst the attendees, having previously faked his death. After a fierce battle, Inga defeats Bettenou and devours her. After the incident, Shinjuurou begins telling his story to Rie, including the origin of Inga's current body.

Shinjuuro has amazing detective skills that are overshadowed by Rinroku covering everything up. Additionally, he's a decent gardener and able to sew a plushie's head back on seamlessly. 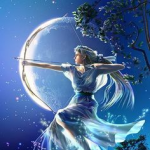 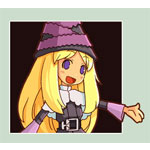 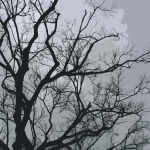